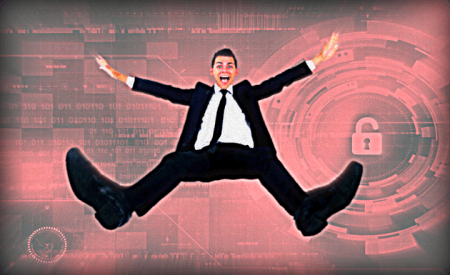 But the best part…

IT’S A PRAGMATIC SOLUTION THAT IS BASED ON HOW THE WORLD ACTUALLY WORKS!!! 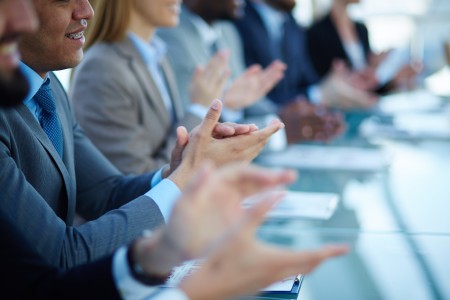 We’re just all so damn proud!

Why am I so excited about this? Mostly, it’s because for years, the rules our companies have used to get their employees to password protect their computers and devices have been based on what the most tech-savvy IT specialist would do if he had no concern about memory, convenience, or give-a-f*cks. You think all of your employees care about the strength of their passwords as much as your IT manager does? Then you should really look into one of the many open positions in the Trump Administration.

So a few quick points before we get to the new standards:

1) What is NIST and Why Do They Have All This Password Power?

NIST is a standards laboratory that operates under the umbrella of the U.S. Department of Commerce. That’s right, they measure things. With a mission to promote industrial standards and competitiveness, you might be surprised that an agency that got its start in 1901 (before Hedi Lamar even invented encryption during lunch breaks from her movie star career) is somehow the right agency to be doing all of this.

Well, since I’m not going to waste your time with the history of NIST, just accept the fact that they’re in charge. Their security standards are considered to be pretty much the gold standard in what we should be doing (but probably aren’t) to keep our data safe from hackers. In fact, President Obama’s Cybersecurity Executive Order (from which Trump did what Trump does – plagiarize – in order to come up with much of his own cybersecurity order) is built around the NIST recommendation.

In other words, they’re the bee’s knees to your IT support (and your cyber liability insurance carrier).

2) What Types of Things Were in the Old NIST Guidelines?

Were these suggestions necessarily wrong? No. At least not in 1985.

The previous guidelines were based on the idea that frequent password changes, longer passwords, and complex combinations of letters and characters were more resistant to brute-force hacks, password-guessing attacks, and “dictionary” attacks (attacks that essentially looked for words in a dictionary – not all concepts are complex!).

3) Why Were the Previous Guidelines NIST Created No Longer Effective?

Well, two reasons. Most importantly, because they were based on a rationale that no longer makes any sense. The majority of hacks today don’t involve guessing a password. Instead, hackers use keystroke loggers, phishing attacks, and social engineering to get passwords. More critically, there have been so many major breaches involving huge lists of passwords, hackers are able to simply consult those massive lists, called “Rainbow Tables,” to find the passwords you’ve previously used. And sadly, you’ve used that password before.

However, they also had another side effect that, in my humble opinion, resulted in a much less secure environment – they were more than a regular user wanted to deal with. Remember what I said above about the password rules being perfect for an IT technician? How many of your office assistants are also IT specialists? There you go.

It turns out that the rules for long, complex passwords that are changed every 90 days requires a lot more brain power than the normal person was willing to apply. So they used shortcuts – repeated passwords, character combinations that are easy to guess (e.g. pa$$word), or resorted to writing down the passwords in conspicuous locations. The rules on complexity made passwords something that everyone hated, and something most people would at least passively resist.

I can’t possibly put it better than XKCD did in this comic: 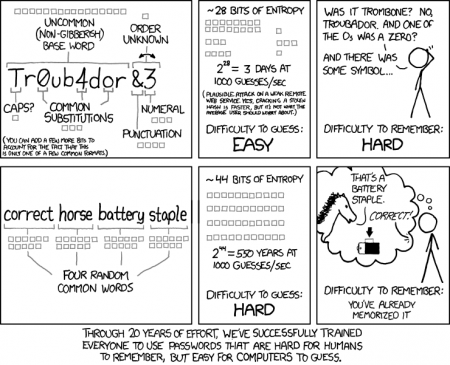 So how do we get passwords that are easy to remember, but difficult for computers to guess? Here’s what NIST’s new standards recommend:

There are more, but the basic gist of it all is that your password rules should reflect what passwords are now: one part of your security against a data breach. No longer will a strong password keep a hacker at bay. In fact, a relatively weak password, when used in combination with effective two-factor authentication, will be much more valuable, and the new guidelines understand that.

Honestly, I didn’t think I’d be so excited about being right (see, I told you that requiring constant changing of passwords was actually a security risk!). Well, that’s not true. I’m always excited about being right. What I’m genuinely more excited about, though, is a standards organization promulgating a whole series of guidelines that are based not only on what we know to be secure practices, but also on how those practices function in the real world. Particularly the one occupied by those among us without the knowledge or, as I so eloquently put it earlier – give-a-f*cks concerning the strength of the password on their office computer.