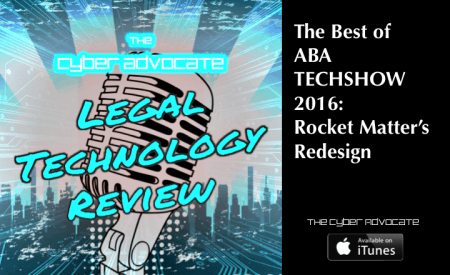 As one of the original cloud-based law practice management systems, Rocket Matter has helped to pave the way for a significant number of legal technology companies and startups, particularly those targeting solo and small firms.

However, being one of the first means that everyone gets the chance to learn from your successes and your failures before you get to. One of the biggest problems for Rocket Matter: its user interface (“UI”) was designed for an era where our computer screens were very different than they are now. 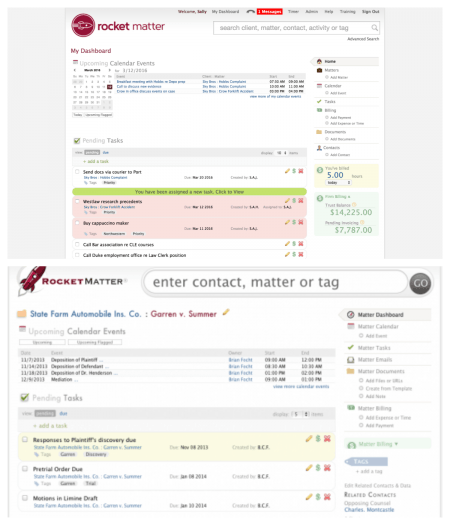 As you can see, the original layout was designed for the 4:3 standard screens of last decade. If you wanted to take advantage of the widescreen layout (or just be able to read the information on your screen), the result was to provide an extremely limited field of view.

Additionally, the old interface actually provided considerable difficulty for Rocket Matter’s designers to implement many of the updates and fixes that they wanted, due to it’s increasingly outdated framework. So instead of a facelift or simple cosmetic changes, Larry Port describes the process as “tearing the whole thing down.”

Starting with the user interface, Rocket Matter set out to make their system easier to use. Starting with the look, they appear to have taken my advice and decided that the interface aesthetic originally given to their iPad app would be applied to the entire system. I certainly approve! 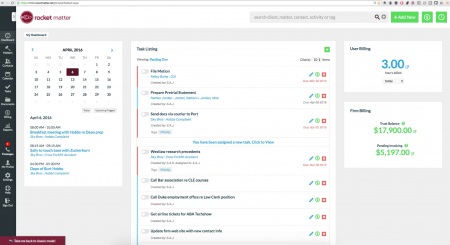 Moreover, they took advantage of the teardown to make the entire system much more user friendly and accessible. Now using the full width of the screen, menu options are all gathered on the left side of the screen (whereas in the old version, they occupied the right side and a bar at the top). As Larry Port describes, this adjustment takes advantage of the way our culture reads – left to right – and puts the menu where you’re likely to go first. 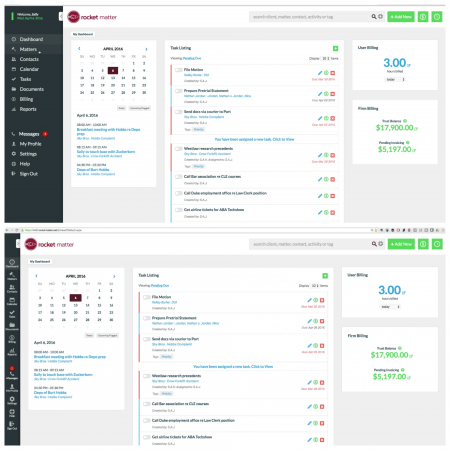 For users on smaller screens, such as iPads, Larry recommends collapsing the Navigation Bar.

All of the “Add” tools are now combined into one button, the “Big Green Button” as Larry puts it, instead of being scattered all over the screen.

What’s even better, in my opinion, is that as the UI is completely rolled out in the coming months, none of the actions will navigate you away from your current screen, but rather get displayed in a lightbox. This should save considerable time and frustration for users. 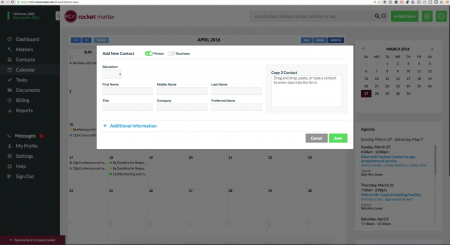 No more navigating to a new screen (and the inevitable “Loading” icon) = Happy Cyber Advocate.

The calendar system, according to Larry Port, has been a particular headache for their designers. The original calendar was designed with an Agenda feature that regular users insisted that Rocket Matter keep in the system. Now that they’re able to take full advantage of the real estate on a standard monitor, the calendar system has been completely updated, keeping the agenda feature that long-time users love. 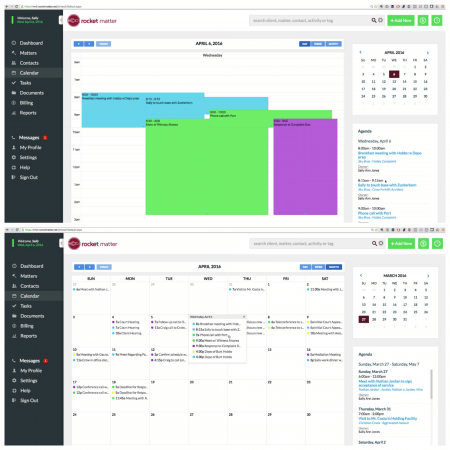 The design overhaul isn’t just about user-facing features, either. Larry told me that one of the biggest advantages to the new framework is that it’s allowed the engineers to improve things like load time and add other tools when updating. Which Rocket Matter does a lot.

The wider real estate will really benefit one of the core features of Rocket Matter since day 1 – a very deep roster of reporting tools to help lawyers run their business. One of Rocket Matter’s primary goals has always been to help lawyers better run their firms from a business perspective, and the ability to get more information out of the reporting features, along with the project management capabilities they come with, will be hugely beneficial. 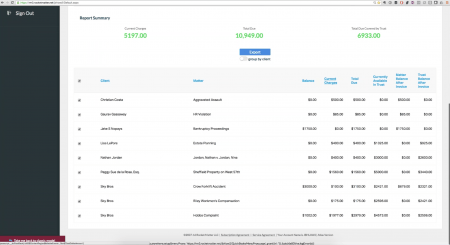 The depth and complexity available in Rocket Matter’s reporting tools has been one of the major ways they differentiate themselves from other products, and the new design will help further that objective.

Ok, so this isn’t technically the same as the user interface overhaul, but at the same time, Rocket Matter announced a whole new set of features concerning matter templates and dependent events and tasks.

Users can now set up different templates for different types of cases. For example, you’re not going to need the same information or event deadlines for a construction litigation matter as you will for an underinsured motorist arbitration. Now, you can set up templates for each type of case, including even unique types of invoices for certain matters. 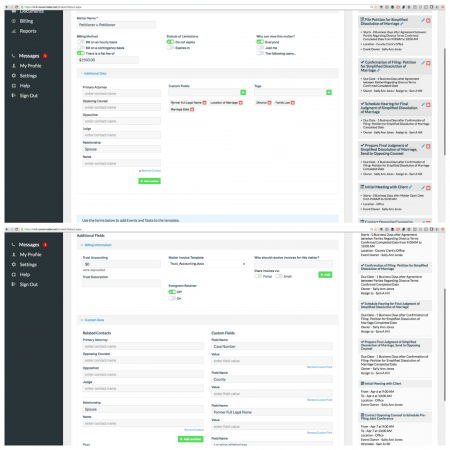 More impressive, in my opinion, is the new event and task workflows. Users will be able to create calendar events and tasks that are dependent on triggering events. 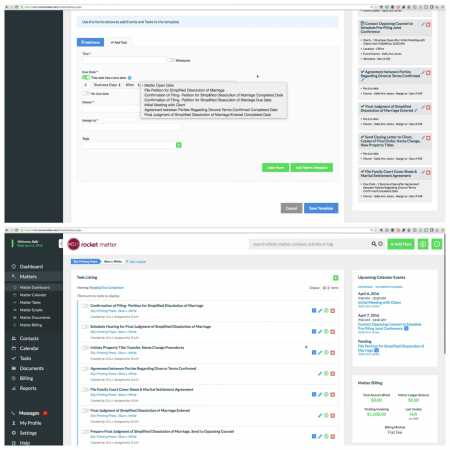 What’s up Next for Rocket Matter?

In addition to this amazing overhaul of the UI and addition of template and workflow options, Rocket Matter also has several new features in the development pipeline for the near future. Among them is the new Rocket Matter Payments system – essentially a client portal where your clients can go to pay their bills by credit card…

Stay tuned for the latest updates. And, in case you haven’t checked it out, there’s a TON more info in the video podcast!