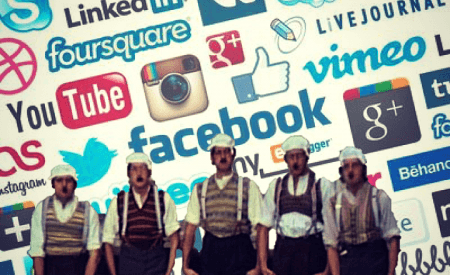 I really wish the state of Florida didn’t provide me so much material to write about. Hell, I’ve even written about this particular topic before, when Florida drafted a proposed opinion for the spoliation of social media.

I hoped that the Florida bar would come to its senses, with several people assuring me it would be fixed. However, I should have known better. Writers at the time were buying the BS coming from the Florida bar right from the start about how awesome this new opinion was.

It wasn’t awesome. It wasn’t even good. And unfortunately, they didn’t fix it. Florida’s New Social Media Ethics Opinion is Bad. Really Bad.

So we’re all on the same page, some anonymous member of the Florida bar sent in these four “questions“:

1) Pre-litigation, may a lawyer advise a client to remove posts, photos, videos, and information from social media pages/accounts that are related directly to the incident for which the lawyer is retained?

2) Pre-litigation, may a lawyer advise a client to remove posts, photos, videos, and information from social media pages/accounts that are not related directly to the incident for which the lawyer is retained?

3) Pre-litigation, may a lawyer advise a client to change social media pages/accounts privacy settings to remove the pages/accounts from public view?

4) Pre-litigation, must a lawyer advise a client not to remove posts, photos, videos and information whether or not directly related to the litigation if the lawyer has advised the client to set privacy settings to not allow public access?

Long story short, the answers are as follows:

4) Maybe (you’ll see what I’m talking about below).

This opinion is absurd on many levels. It’s written in a manner so as to (in this writer’s opinion) outright encourage deletion of relevant social media posts. More specifically, my concerns are as follows:

To start, Florida wants you to believe that they’re taking this whole “social media” thing seriously. So they post four questions from a bar member, listed above. Then they don’t actually set out answering those numbered inquiries, which struck me as pretty dumb.

But back to the questions themselves. For whatever reason, the state bar didn’t feel at all compelled to edit the questions to, I don’t know, make sense. I’ve discovered why. It’s so fewer people notice that their opinion doesn’t make sense!

For reference, this is Rule 4-3.4 of the Florida Rules of Professional Conduct:

A lawyer must not:

(a) unlawfully obstruct another party’s access to evidence or otherwise unlawfully alter, destroy, or conceal a document or other material that the lawyer knows or reasonably should know is relevant to a pending or a reasonably foreseeable proceeding; nor counsel or assist another person to do any such act…

(emphasis added). Basic, right? Makes sense? Clearly, defining what it means to “unlawfully obstruct” access to evidence or to “unlawfully alter, destroy, or conceal” material is an ethical issue, since it’s right there in the rule.

Not according to the Florida bar!

What constitutes an “unlawful” obstruction, alteration, destruction, or concealment of evidence is a legal question, outside the scope of an ethics opinion.

So, in an opinion discussing whether attorneys may or may not instruct their clients to destroy potentially relevant evidence, prior to the onset of litigation but when litigation is clearly contemplated… the Florida bar is a little uneasy about defining what “destruction of evidence” means.

When asked, the Empire’s attorneys indicated that LucasFilm was in possession of an “appropriate record” of any potentially relevant information held on Alderaan.

Since this is an opinion specifically addressing the right of a party to destroy evidence, you might be catching on with why this irritates me so much.

2) Florida acknowledges that Social Media is like everything else, creates different rules.

In Florida, the second District Court of Appeal has determined that normal discovery principles apply to social media

EXCEPT WHAT?!? THAT’S THE END OF THE INQUIRY!!!

Not for the Florida bar! Since their researchers were only able to unearth THREE cases dealing with this issue, and since they all dealt with spoliation of social media evidence after litigation had commenced, there just wasn’t enough authority available for them to do the only rational thing – treat social media just like any other type of discovery.

Nope. In Florida, you are actually allowed to destroy relevant evidence, prior to putting your opponent on notice of litigation. All you need to do is keep a record of what was destroyed. How detailed? They don’t say! Any mandatory information? Nope!

This opinion literally starts by announcing that social media is the same as all other evidence. Then spends the remainder of the opinion pretending it never said so.

Even a poorly written ethics opinion, one that just plain gets it wrong – like this one, can be forgiven. Particularly when the force or impact of the decision is unknown, and the topic has few experts who can provide guidance. Like, say, social media… in 2006.

An ethics opinion that ignores reality is a massive disservice to the legal profession, particularly because it’s supposed to provide guidance. Here are three major ways this opinion completely ignores reality:

The opinion doesn’t understand what a Social Media post is

This particular affliction appears in many contexts, but the one I’m talking about right now is metadata. In order to justify permitting attorneys to delete digital records by keeping an “appropriate record” of the deleted info, you have to be completely unaware of the nature of digital records.

If you’ve read this blog before, you probably know how big an advocate I am of including pertinent metadata in your discovery requests. Just for reference, here are two examples of the information contained in a single social media post: 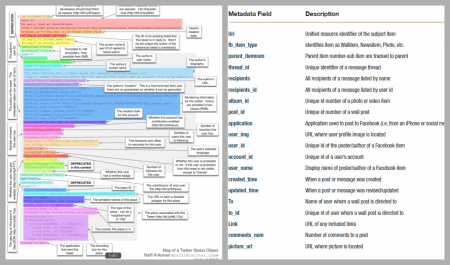 How do you keep a record of that information? Without actually using eDiscovery software, you can’t. Taking a screenshot of a social media post, and claiming that the data in the post is “preserved,” is patently false. The opinion fails to provide even the slightest bit of guidance for what information must be preserved. The lack of such guidance is baffling.

Privacy settings are great – they keep my family from seeing certain pictures they’re better off without, and allow me to keep most stalkers at bay. They also have the ability to significantly impact litigation. Something that the Florida bar decided to give little thought to in this opinion.

Generally, for a party’s social media posts to be relevant in litigation, they have to be posted publicly. (They’re also a little hard to find if they’re posted privately.) So advising your client to adjust the privacy settings of an entire account to private can be troubling. Those posts were public, but what are they now?

Think it doesn’t matter? That’s because you haven’t thought about…

Social Media provides a significant opportunity to obtain relevant information on adverse parties in many different types of litigation. It’s also ripe for abuse. To prevent fishing expeditions and wholesale abrogation of a party’s right to personal privacy, the party requesting relevant data usually has the burden to show that relevant information exists.

For example, in Chapman v. Hiland Operating, LLC, 2014 U.S. Dist. LEXIS 74248, 4-7 (D.N.D. May 29, 2014), the court ordered the plaintiff to reactivate a Facebook account, but only required her to turn over posts “referencing the plaintiff’s health” after a certain date. But in New York, in Abrams v. Pecile, 83 A.D.3d 527 (1st Dept. 2011), the court refused any Social Media discovery – from the plaintiff – because the defendant could not demonstrate that relevant evidence existed on the account.

By giving unlimited license to attorneys to instruct their clients to hide their accounts, without providing any context or supporting rules regarding the production of the information once requested, the Florida bar’s opinion is woefully incomplete.

4) Interested parties now become the arbiter of what is and isn’t relevant… prior to the case being filed.

One of the major tenets of discovery in our civil courts is that the court – i.e. the older guy or gal in the robes sitting up yonder… 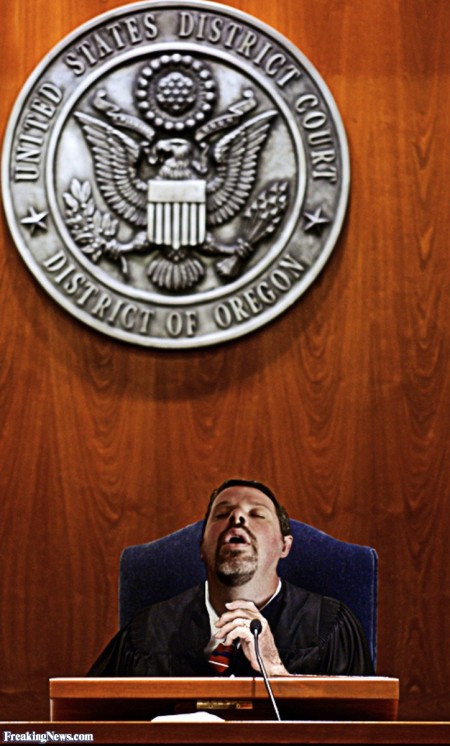 Unless you’re deciding what your client should delete from their LinkedIn account just prior to filing suit against his former employer.

That’s right, thanks to these new rules, it’s the attorney representing the interested party – a.k.a. THE INTERESTED PARTY – deciding what posts and accounts to delete or render inaccessible prior to filing suit. That is, prior to the little legal procedure meant to put the other side on notice of a potential claim.

If that seems vaguely important, it is. So much so that it’s the subject of a fairly widely-used idiom. 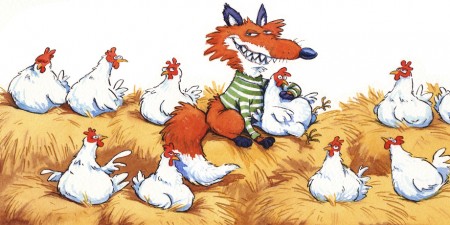 Ok, this issue really annoys the crap out of me. I’ve already addressed it pretty thoroughly before, so I’ll just quote a chunk of that article, and if you’re interested more, follow the link:

…it isn’t surprising to see other ethics opinions cited liberally throughout the committee’s report. Opinions from New York, North Carolina, Pennsylvania and elsewhere are cited as examples of other jurisdictions who have ruled the same way. Florida isn’t cutting a path into uncharted waters, its following the lead of others who found the right path!

Except it’s all bullshit.

So the Florida bar writes this opinion, supposedly after months of review and input from… maybe their grandkids or something? How did they go so wrong? Seriously, it starts at the top.

If you begin an ethics opinion declaring that Social Media is the same as any other type of evidence in discovery, don’t immediately describe how it’s different. Or, if you do, at least provide some justification for why it’s different.

This opinion, on the other hand, simply shows how terrified the Florida bar ethics committee is of new technology. I’d be willing to bet that, if asked, they would tell you that your request to shred a document you knew to be relevant to an upcoming proceeding was ridiculous. They’d tell you it would likely subject you to sanctions, even if you did keep a record of the document’s title and date. They would absolutely call it “unlawfully alter[ing], destroy[ing], or conceal[ing] a document.”

So why is Social Media different? Because they don’t want to take the time to understand it.

Unfortunately, this opinion benefits only two types of lawyers: the ones who refuse to take their duty of competency seriously, and the ones who will use this new opinion to justify unscrupulous behavior.