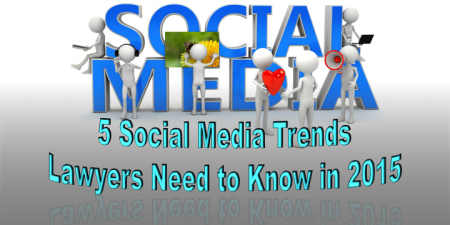 Social media is always changing. Some might even argue that the essence of social media itself is change. That’s one of the things that makes it so difficult to predict from year to year.

At the beginning of 2014, Facebook was pronounced dead. Since then, Facebook has added 100 million active users. I wish my blog would “die” like that! So, clearly, making specific predictions isn’t that helpful. But recognizing trends, the direction that social media may be heading based on where it’s been, much more valuable.

Recently, Ryan Holmes, CEO of the social media company Hootsuite, published a list of 5 trends that will change how you use social media in 2015. But how do these social media trends affect the practice of law?

I’m so glad you asked.

1) Your Social Network Wants to be Your Wallet 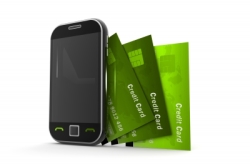 Like everything we’ve learned about the inner workings of Sony Pictures, this little tidbit comes to us thanks to a hack. It turns out that the program for the Facebook Messenger app contains a hidden payment feature. If activated, Facebook would allow the 200+ million people who have the Facebook Messenger app to send money to each other free of charge. They already have an autofill feature to store payment data.

You probably also want to consider the ethical obligations you have for accepting money, including your obligations regarding your IOLTA. Regardless, if getting paid matters to you, be prepared for social networks to play a larger role in 2015.

2) New (Social) Networks Proliferate, but Will They Last?

2014 saw the rise and fall of many “new” types of social media networks. The biggest entrants (and failures) usually were created as some sort of response to the “evils” of the current players. Whether it was about privacy, Facebook’s social engineering experiments, or pervasive advertising, they wanted to fix something they saw as wrong. They usually failed. Ello’s mission to provide a system that never sells your data and Yik Yak’s efforts to keep you private have not failed completely, but success has, too, proved elusive.

However, newer entrants in more niche fields, those who see themselves as specialized versions of the big players, have fared better. Holmes’ article cites Foodie and Fitocracy, micro social media sites for cooks and fitness nuts, respectively, as examples of success.

Well, aside from the different attempts to create social networks for lawyers, there are numerous implications. First, it means that, for those interested in marketing, particularly niche marketing, that you’ll want to keep up-to-date on new social media networks for your target audience. It also means that there are that many more networks that attorneys must know about.

It also gives us even more opportunities to come up with better ethics opinions on social media. Please, PLEASE just use the Pennsylvania opinion as a guide!

I know you were all just chewing your nails about the fact that you couldn’t just buy those products featured on your Facebook news feed. Problem solved, now you can! Both Facebook and Twitter now have a “buy” feature that will be increasingly incorporated into their ads.

One potential side effect noted by Holmes is the potential for advertising based on trends. Surfing your news feed when an item is trending, and you might have a 10 second opportunity to buy. Without comparison shopping. Without using Amazon.com. Without being allowed to think! It’s impulse buying at its best/worst/most ridiculous.

However, a huge opportunity may exist for attorneys who sell unbundled legal services. Do you automate forms through your website? Something tells me that Facebook can probably provide pretty awesome targeting for selling pre-drafted divorce documents! Take advantage.

That’s right, everything from your wristband to your washing machine are interested in talking to each other. About you. Behind your back. Hope you don’t mind! (Although you should, your microwave has NOTHING but bad things to say about you.)

The rise of wearable technology, with the ability to record and upload the information it tracks, is your new stenographer. Just like Dave Chappelle imagined!

Holmes’ prediction is that these devices will get smarter. Think of the fridge that sees from Facebook that you’re having a party, and knows to prepare more ice.

What does it mean for lawyers?

I’ve already discussed some of the implications of the use of Fitbit data as evidence. In short, you should be terrified. However, there are numerous other implications.

Attorneys who practice any kind of regulatory law are going to need to get up to speed on the Internet of Things in a hurry. Regulatory compliance, especially safety and cyber security issues, will be at the forefront of these new developments. Just ask Medtronic how much fun it’s having since the federal government determined that its smart devices were too easy to be hacked.

2014 saw the rise of many different types of social networks that promise privacy. Snapchat exploded in popularity, and networks like the aforementioned Yik Yak promised users that their info would be kept private. Those promises largely went unrealized. In one case, the social media network Whisper, which promised privacy, was pretty much just a private version of the NSA.

The bottom line is that despite people having understandable fears about Facebook’s social tests and other privacy concerns, it’s hard! It’s quite difficult to establish and guarantee privacy online.

But demand continues to rise, and even major social media networks like Facebook are designing apps that prioritize some form of anonymity to users. Moreover, increased use of TOR systems for web browsing will continue to increase, particularly considering there appears to be no move to reign in some of the government’s most absurd privacy abuses.

What does it mean for lawyers?

Above all else, protect client confidentiality! Unless you’re speaking with your client alone, in a sound-proof room, you should expect that some measures need to be taken to protect the conversation. The measures don’t need to be extraordinary, just reasonable. However, simply relying on a third-party app or social network’s promises likely isn’t enough.

Additionally, make sure your clients know! They may legitimately believe that their posts are anonymous.

On the flip side, it also means that the “anonymous” review posted about your firm online really isn’t as anonymous as the author wants!