What’s the Best Evidence of an Obsolete Law Practice? 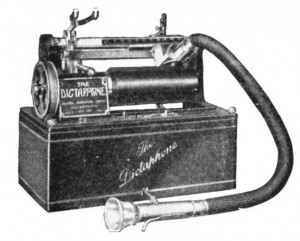 I have to admit I was a little surprised to hear this formerly ubiquitous tool of the legal industry identified as the demonstrative vision of an obsolete attorney.

Last week, I had the pleasure of being an invited speaker at the 2014 Clio Cloud Conference in Chicago.  Among the presentations I was able to attend was a talk about the future of legal technology by Sam Glover of Lawyerist.com.  Of all the tools and items he could have listed as an example of obsolescence, there it was: the dictaphone.

He asked the crowd if anyone still used one.  I didn’t raise my hand.  Sure, I type or use voice recognition for most of my practice, but I have one plugged right next to my monitor (where it most often serves as a speaker).  The senior partners in my firm all still dictate their letters, motions, briefs, and pretty much everything else into their handy dictaphone, to be transcribed by a legal assistant.

I knew that full-time use of a dictaphone was probably obsolete, and employing someone for the sole purpose of transcribing your dictation is FAR more expensive than the best voice recognition software available.  Yet even I was surprised by what I found on my return to my office…

… because he was completely right.

The Dictaphone is Obsolete

I hadn’t been back for more than an hour when I spoke to our firm’s office manager, who informed me that we had been contacted by our IT company and told that they would no longer be supporting our dictation equipment.  I didn’t understand – our digital dictaphones were newer than our desktops (not saying much, but…).  And it wasn’t that there was something to upgrade to.

Apparently, she had been contacted by other local office managers about the same issue.  They all called, wondering what solution was available.  For us, apparently, it involved begging for another year of support, to which our IT firm relented.  That’s it – one more year.

When is a Tool More than a Tool?

The solutions offered by Sam Glover were all reasonable: voice recognition software is available if you want it, but as lawyers, the bottom line is that we need to learn to type.  While I agree wholeheartedly with his position – and find attorneys who refuse to give up on dictation based on refusal to use either of those solutions to be dinosaurs – there is something else at play.  Is it possible that, as bloggers, both Sam and I have found that typing – that tactile connection with a keyboard – is part of our method for developing thoughts?  Sean Connery’s character in Finding Forrester sure seemed to think so:

Therefore, isn’t it possible that use of a dictaphone could be similar?  I pose this question not in defense of antiquated technology or anachronistic concepts of what it means to be a lawyer.  I ask based on the idea that no matter who we are, how powerful or forward-thinking we are, there will come a time when we, like the dictaphone, are outdated technology (and I’m not talking specifically about lawyers). 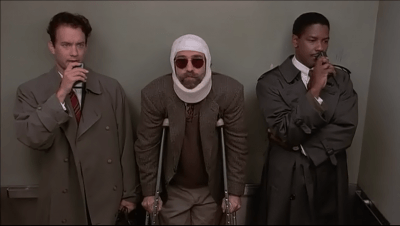 How many attorneys, nearing the end of careers already spanning 30-40 years, would have thought that they would be compelled to give up their dictaphone for the last few years of their practice?  I don’t know about you, but I was actually told that learning to use a dictaphone was actually one of the critical skills involved in being a lawyer.  That was only five years ago.  This critical skill is now obsolete.  Surely, most of those senior partners believed, this tool won’t become obsolete that quickly.

What happens when we make a critical skill obsolete?  Those senior partners, so used to dictating everything, now need to be able to perform all those tasks peripheral to drafting those documents as well.  While I think this should be required, all you have to do is look to the recent MS Office skills audit of lawyers to see how well that one is going to work out.   Maybe this is where the Luddite response kicks in, a strong move against the advance of technology.  In this case, stubbornly refusing to relinquish your dictaphone? 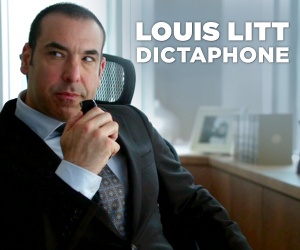 Regardless, pop culture will likely hang onto this image for a while.

What about the office staff, whose job description until very recently was mostly involved with transcribing those dictations?  Sure, reduction in office staff is a cost-saving technique that many law firms have had to deal with recently given the economy, but there are personal connections at stake as well, particularly in smaller firms.

The question I ask, in all of this, is what tool is next?  For people like me, and people like Sam, are we going to be looked upon with disdain if we cling to the keyboard for text entry?  That whole idea of tactile sensation while writing could disappear quickly too.  Futurists have been calling for the end of the computer mouse for over a decade, when will its demise come?  And there’s always the attempts to push the legal pad into obsolescence.  When will your tool of choice become obsolete, and how will you react?