Not Hyperbole: The Internet Won’t Be The Same Without Net Neutrality 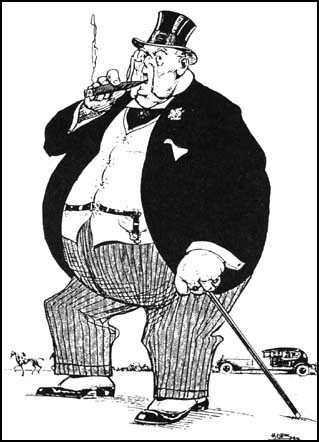 Today, the D.C. Circuit Court of Appeals ruled that key provisions of regulations promulgated by the FCC, referred to as the “Open Internet Rules” (or “Net Neutrality” to most), were outside the agency’s authority. Specifically, the court held that rules requiring broadband internet service providers to treat all internet traffic equally were beyond the FCC’s powers, because broadband providers are not considered “common carriers.”

The ruling did acknowledge the broad authority of the FCC to regulate internet service providers under existing federal law. However, the court held that broadband ISPs could not be regulated as “common carriers,” who are required to pass whatever they carry (passengers on trains and telephone calls, for examples) without preference.

Without Net Neutrality, without the broadband ISPs treating all information equally, they have strong incentive to put profits ahead of innovation. In fact, as the court made mention, they’re already doing it.

Without Net Neutrality, the Internet will never be the same.

The ruling itself, somewhat of a bizarre split-the-baby decision, spends a considerable amount of time acknowledging that the FCC has a point regarding the need to regulate broadband ISPs:

“Equally important, the Commission has adequately supported and explained its conclusion that, absent rules such as those set forth in the Open Internet Order, broadband providers represent a threat to Internet openness and could act in ways that would ultimately inhibit the speed and extend of future broadband deployment.
…
Broadband providers also have powerful incentives to accept fees from [website] providers, either in return for excluding their competitors or for granting them prioritized access to end users. [] Indeed, at oral argument Verizon’s counsel announced that ‘but for [the Open Internet Order] rules we would be exploring those commercial arrangements.‘” (emphasis added)

The court further detailed how the broadband ISPs are in a powerful “gatekeeper” position, with the technology to block or allow very specific traffic over their networks. Dismissing one of Verizon’s most ridiculous arguments, the court actually took notice of reality for a moment:

“Moreover, the Commission emphasized, many end users may have no option to switch [to a different broadband ISP], or at least face very limited options: ‘[a]s of December 2009, early 70 percent of households lived in venous tracts where only one or two wireline or fixed wireless firms provided’ broadband service.”

Even more recently, according to the New York Times, that number is actually more like 96%. Such concerns, however, were not enough for the court to uphold the FCC’s rule. There is considerable media and legal analysis of the decision floating around, and you can click here for a full copy of the decision. My analysis begins with an interesting acknowledgement by the court:

It’s not hyperbole. It’s not hypothetical. Here are 4 ways that the broadband ISPs will be able to dramatically affect access to the Internet without further action to restore Net Neutrality:

Believed to be the primary goal of the broadband ISPs’ push to end Net Neutrality, even the Verizon attorney acknowledged that Verizon would have pursued agreements to sell preferential treatment absent the Net Neutrality rule.

This rule has the potential to be even more insidious, though, than ESPN paying to have their traffic exempted from AT&T Wireless’s data caps. These arrangements, essentially a version of pay-for-play, could involve anything. What’s clear is that, just like any other cost increase on the supply-side, the true expense would end up being passed on to the user, while Verizon, Comcast, Time Warner and AT&T reap huge profits while providing some of the worst high-speed internet in the developed world.

The biggest losers of this type of business, though, are the small businesses who have been able to compete because the meritocracy of the Internet wasn’t for sale.

50 years ago, Ma Bell, the ancestor of AT&T, actually required you to plug a Ma Bell telephone into your Ma Bell phone line. It’s what’s called a “vertical monopoly,” because a company uses its influence on one level of the system, in Ma Bell’s case the monopoly of phone lines and service, to create a monopoly in another – telephone equipment sales. Another really interesting example of a horizontal monopoly is the case of Dick Clark and the television show American Bandstand.

The real trouble is that both of those instances occurred prior to the dismantling of the antitrust division of the Justice Department under Reagan, and only slightly mitigated under Clinton.

So, when Net Neutrality gets struck down, suddenly broadband ISPs see the opportunity to exempt their own services from the download caps they put on users. This is not hypothetical, Comcast wants its streaming video service xFinity to be exempt from caps, while competitor Netflix is not. The result: users who watch shows in excess of the monthly cap on Netflix get hit with a monthly overage penalty, but an xFinity user who watches the same amount pays nothing extra.

Comcast is, in fact, increasing the real cost of Netflix for consumers, directly benefitting their competing version. It’s called a vertical monopoly.

Recall in my example above that Comcast, who owns NBC, has exempted their xfinity video service from data caps, effectively increasing the relative price for Netflix customers. What if, in addition to the exemption, Comcast actually throttled down access to all videos streamed from Netflix.

This type of behavior, sadly, is also not hypothetical. Recall from the court’s opinion the discussion of blocking Voice-over-IP sites. Why did the companies try to block those sites? They competed with the ISP’s native VoIP.

4) Charging users extra for access to certain websites or services

Sadly, I believe this is the end result for our path if Net Neutrality isn’t restored. Your basic internet package will be a certain amount, but access to specific sites will cost more. Want to watch an episode of Modern Family online? Better not have Comcast, they’ll be able to charge you extra to access the site. And, as the court’s opinion noted, they have the incentive to do it (they own NBC) and users have extremely limited options to change. (For a truly dystopian version of this scenario, check this out.)

Anti-competitive behavior is un-American. Period. Yet, for some reason, the idea of preventing broadband ISPs to use their monopolistic or duopolistic positions to gain extra profit simply by limiting access to the internet is not bipartisan.

I don’t understand why both Republicans and Democrats aren’t behind this. Particularly when, as the court noted, and numerous reports have confirmed, Verizon’s claims regarding the purportedly negative effects of Net Neutrality simply don’t exist in the real world.

As it stands, we have broadband ISPs who provide some of the slowest broadband internet in the developed world, for the highest prices, with little or no direct competition, who are now able to increase profits without making any improvements to their service.