Last week I attended an all-day CLE on depositions. I’m an experienced litigator, and have taken or defended over 100 depositions in my career, including depositions of parties, witnesses, and experts. I’ve participated in depositions in federal and state court cases, representing plaintiffs, defendants, and third-party witnesses. My hope was that this CLE would offer some interesting tips and hints about depositions from attorneys with styles different from my own. I was wrong.

However, what baffled me most was the presentation’s nearly complete omission of information about the use of new technology in depositions. (To view my discussion of excellent iPad apps for depositions, click here) The only technology discussed was the use of video, but even its well-known advantages were barely mentioned. No time was dedicated at all to discussing benefits or uses that we may not have thought of yet.

So I decided to supplement their offering, based on my own experience. Here are 4 Routinely Ignored Benefits of Video Depositions:

1) Video testimony is simply more persuasive… to the judge.

We’ll start off with an easy one: video is simply more persuasive. Anyone who has conducted a jury trial, or who has had to convince anyone of anything, that video is more persuasive. However, anyone who thinks that video depositions are ONLY for use in trial is missing any number of HUGE opportunities to harness the persuasive power of video. 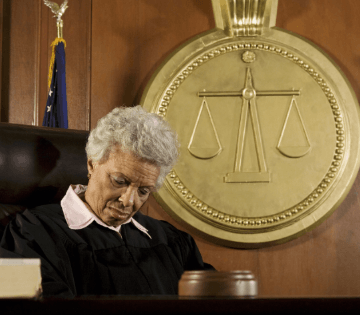 Even more importantly, video captures audience attention in a way reading from a deposition simply doesn’t. Ever hit the persuasive peak of your argument only to realize that the judge isn’t paying attention? Me too. Instead of hitting that point by reading it from a deposition transcript, play the video. It’s a good bet the judge will be paying much closer attention.

(For tips about setting up the most effective presentation for your video depositions, check this out!)

2) You force opposing counsel to prepare their witnesses differently.

I once took a deposition where the witnesses asserted their 5th Amendment privilege in response to most of our questions. As this was a civil case, we were entitled to use the invocation against the defendants, and raise the issue in closing.

The first witness spent about 20 minutes answering some questions, asserting privilege to others, and all in a generally polite – if dismissive – manner. The second witness, on the other hand, gave a smug “I decline,” response to every question. His facial expressions, the tone of his voice, and his slouched back, arms-crossed posture were incredibly disrespectful and arrogant.

Opposing counsel knew that the deposition would not use video recording. But what if it had? My guess is that preparation would have included making sure his presentation was more respectful. If opposing counsel knows you will be recording video of their client’s responses, preparation would have to include addressing the visual impact of the testimony. The witness would have to be conscious of how they look when they respond to questions, as unnecessary delays in answering questions, emotional responses, and inflection wouldn’t simply disappear into the text when the deposition is transcribed.

3) Preparing for video depositions gives you a better feel for how your client will perform in trial.

Although you’ll need to spend more time preparing your witness as discussed above, such preparation may give you valuable insights into how your client will perform as you approach trial. Will they tolerate being instructed about how their physical demeanor is as important as their responses? Do they become far too conscious about how they look, ignoring the importance of answering questions clearly and honestly? Are they so nervous that they forget to only answer the questions being asked, giving full narratives of their life history to every question?

Not every deposition is about gathering the evidence to win the case. Perhaps your client believes that they deserve much more than the evidence suggests. Perhaps they make such a terrible witness in support of their own cause, but just don’t understand why. Maybe, just maybe, your client can learn a few lessons about their case by actually watching a video of themselves being grilled by opposing counsel.

4) Your opponent’s objections, actions, and antics are recorded in context.

Nearly every part of the depositions CLE I attended included a bad experience with opposing counsel to illustrate some particular point. One after another, the presenters recalled attorneys making inappropriate speaking objections, becoming verbally abusive, or otherwise acting in an unprofessional and hostile manner.

If not, just watch this video:

Imagine showing jury a video of opposing counsel giving their witness absurd instructions about what they should and shouldn’t answer. I’ve always wondered how a jury would feel about an attorney, who was perfectly polite in trial, when presented with a video of the attorney behaving unprofessionally in deposition.

What about the judge? Ever dealt with that attorney who LOVES to go off the record, and then makes rude and disparaging comments? Or who saves the coaching for the moment the court reporter stops typing? By recording the deposition on video, you have the ability to preserve those moments if you should need to bring the conduct of opposing counsel before the court.

Where in the rules does it say that “off the record” means a video recorder has to stop rolling? Sure, it won’t go before a jury, but we all know that attorney who makes pledges and statements while “off the record” that they later deny having made. Emails between counsel are “off the record” too, but that’s never stopped me from introducing them at a motion hearing regarding opposing counsel’s pledge to produce certain evidence.

Video depositions have a number of uses that go beyond the basic concept of analyzing the witness’s responses to your questions. There are many advantages to making video recordings of your depositions. By only addressing the idea that video depositions can be played in front of a jury, however, so many benefits of having depositions in video are ignored. Don’t forget to get the most you can out of your litigation technology. Hopefully, by realizing ALL the benefits of video depositions, you can gain a competitive advantage to better serve your clients.